True or false: Does confusion online set men and women apart?
Previous Next

I discovered that women were more reluctant than men to continue when faced with confusion on an online e‑commerse application in a study for Holiday autos. Among the respondence women failed to follow through renting a car while the men succeeded. Based on this test it seems to be a major difference in how men and women solve problems online. i want your input in this. Are men and women really this different? 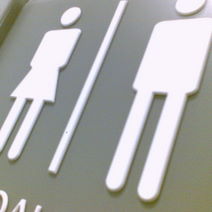 Holiday autos is the world biggest rental car provider offering their service all around the world. I evalutated and redesign their site with the goal to make it more user friendly. After the redesign the time it took to rent a car was reduced to 60%. Read more about that project here.

When I conducted usagetest on the current site I found that all women stopped during the test when they where faced with lack of information and chose not to follow through. Men on the other hand, when faced with the same problem would in some cases read again and look for evidence of their action but when they can’t find anything, they still push the next bottom as a way to get further in the purchase. Not one of the women in the study did so.

When SIFO, a non-bias governmental institute that conducts consumer research and testing in Sweden did a survey asking men and women what they value most when it comes to online stores and their sites they found some of these varieties.Women states that most importantly, the site has the make them feel safe. They value information that is easy to grasp the highest, about every part of the company it self and the purchase they are about to make. If the information lacks in clearness or seems complicated to understand, women will chose another option in the form of another site.Men on the other hand values their fellow consumers opinions the highest and is most likely to make a purchase if the site has a forum or some sort of rating system where they can make sure the product itself lives up to their standards. This is an important fact since it states that the sites structure and comprehensibility will determine weather or not women will be consumers.

The female design heroes from Volvo, posing with their new creation. The Volvo YCC that never managed to see the light of day.

When Volvo engaged a group of women to help them design a new car, the Volvo YCC, they did so to meet the needs of the most demanding target group out there: independent working women. During their study, they found that women had the same expectations regarding performance and prestige but had higher demands when it comes to design and storage for their belongings. The only  difference between the genders is that the women wanted some place to put their purse so that is would accessible but not in their way while driving. Based on this, they launched a thesis.

Not all studies are created alike. Janet Shibley Hyde, a psychology professor by the University of Wisconsin-Madison, has conducted several studies and feel confident in her statement:

There are massiv amounts of researching stating that men and women are very much a like, but people like to believe that gender makes a huge difference since it makes life more foreseeable

Although my own researched included to few participants to make an assumption about women and men in general about their online shopping habits it does fit well in to earlier research made in this area. but an important part of designing an interface is to design for the weakest users in the target group. Maybe the Volvo women is right after all.

Now, what do you think?

Hi, I'm an Interaction designer based in Stockholm but offer my services all over the world.